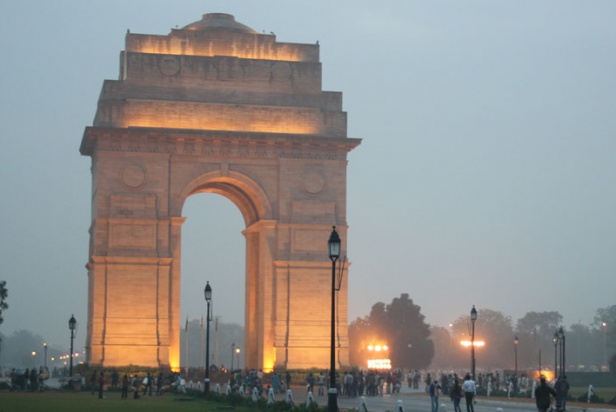 Start Approx 9.30 hrs : Pick up from your hotel and we will show you below mentioned destinations one by one in air-conditioned chauffeur driven car.

Jama Mosque - This Grand Mosque, built in 1656 by the Emperor Shahjahan on a natural rocky outcrop, took 6 years and 5000 workmen to construct at the cost of nearly a million Rupees. A huge 28 m square courtyard accommodates upto 20,000 people at prayer times especially during Friday prayers and on Id when it looks like a sea of worshippers.

Red Fort -Its red sandstone battlements give this imperial citadel its name Red Fort (Lal Quila). Commissioned by Shahjahan in 1639, it took 9 years to build and was the seat of Mughal power until 1857, when the last Emperor Bahadur Shah Zafar was dethroned and exiled. (Closed on Monday).

Gandhi Museum – Situated opposite to Raj Ghat is the Gandhi Museum. Dedicated to the Father of the Nation, the museum contains some of his personal belongings. There are five pavilions one can go through that comprise of sculpture, photographs and paintings of Gandhiji and the history of the Satyagraha movement as well as the philosophy of ‘ahinsa’ (non-violence).

Humayun’s Tomb – Humayun, the second Mughal Emperor is buried in this tomb, the first great example of Mughal Garden tomb and inspiration to the incomparable wonder of the world – Taj Mahal. Built in 1565 by a Persian architect Miraq Mirza Ghiyas.

Lotus Temple – It is made of marble, cement, dolomite and sand. It is open to all faiths and is an ideal place for meditation and obtaining peace and tranquility. It is a very recent architectural marvel of the Bahai faith. The Bahá’í Faith is the youngest of the world’s independent religions.

Qutub Minar – The Qutab Minar towers over this historic area where Qutabuddin Aibak laid the foundation of Delhi Sultanat in 1193. He built the Quwwatul Islam Mosque and the Qutab Minar to announce the advent of Muslim sultans. Later Iltutmish, Alauddin Khilji and Ferozshah Tuglak added other buildings bringing in a new architectural style.

India Gate & around – At the Eastern end of Rajpath, the 30 ft wide India Gate was built to commemorate the Indian and British soldiers who died in World War 1 and those who fell in battle in the North-West Frontier Province and Third Afghan War.

Presidents House – Designed by Edwin Luyten’s to be the focal point of New Delhi during British rule, the house was built for the viceroy and is today the President of India’s official residence. It stands on the crest of Raisina Hill. Parliament House was a later addition following the Montagu – Chelmsford Reforms of 1919 to house the Legislative Assembly.