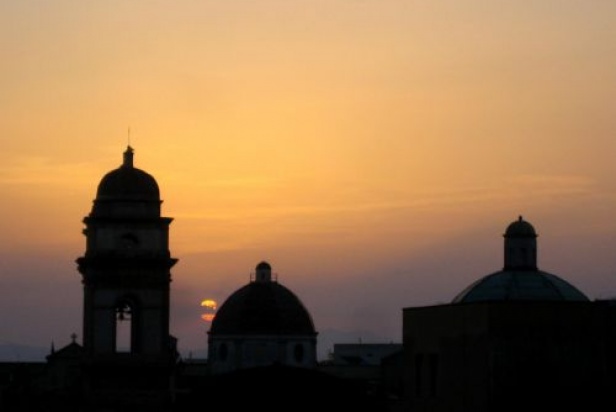 Cagliari is the administrative capital of Sardinia, the seat of the council and regional government and also the main port and commercial and industrial centre of the island. It is a modern town that has nevertheless been able to preserve its historical roots.Arriving into the main street via Roma, we’ll have a first look to Cagliari; We continue along the beach of Poetto, a sandy beach stretching more than ten kilometres (six miles). On its south western limit is the characteristic rocky formation known as “Sella del Diavolo” (Devil’s Saddle). The salt pools in the area are an extraordinary scarlet colour during the period of maximum water evaporation and in the winter they attract a large number of birds – particularly pink flamingos. Coming back to the capital, we’ll stop at the Basilica of Bonaria, which stands against the old church in Aragonese Gothic style. From here, we can admire a complete view over the Gulf of Cagliari. Before continuing to the old part of Cagliari, where we commence our walking tour we’ll have a  photo-stop in Monte Urpinu: one of Cagliari’s main attractions is its panoramic position in amongst natural surroundings. To the south lies the great Golfo Degli Angeli – “Gulf of the Angels”, while the lagoons of Santa Gilla and Molentargius now appear to be almost enclosed by the urban network of the town, with its wide suburban belt flights of flamingos, ducks and herons.  The Aragonese and Spaniards gave the town its walls, ramparts and fine buildings, and a certain atmosphere can still be felt today in the wrought iron balconies in the old districts of Stampace, Marina and Villanova. We’ll start the walking tour by the quartel of “Castello”, entering in the old doors of the town we’ll pass in front of the National Archaeological Museum(not included), which houses collections concerning the early Sardinian civilization – Nuragica. Along with the bronze figures, arms and other items produced by the early inhabitants of Sardinia, the museum also contains exhibits recalling the other two civilisations that had a profound influence: Phoenician — Carthaginesian and Roman. The beautiful medieval tower of St. Pancrazio welcome us inside the walls and after few minutes we’ll arrive to the cathedral, consecrated to Saint Mary, dates back to the Romanesque period, to which the bell tower belongs (it was subsequently restored and modified in the Baroque style in the 17th century. The interior, which is divided into three naves with side chapels, is enriched with fine baroque furnishings and a raised presbytery, enclosed by a marble balustrade of the 17th century. Underneath the altar we will find the Sanctuary, with three chapels, where urns are kept, said to contain relics belonging to martyrs. Next, we’ll cross some narrow streets of the old city and we’ll finish our trip to the beautiful bastion of Saint Remy… back to the van and We’ll go down till the harbour of Cagliari passing throw the old quartel of Marina, with it’s various smells of the kitchens of the inhabitants, coming from all the Mediterranean coast. 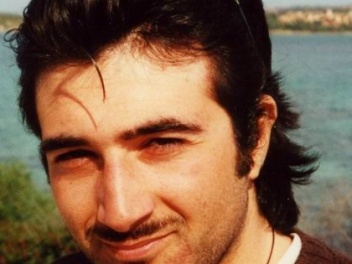