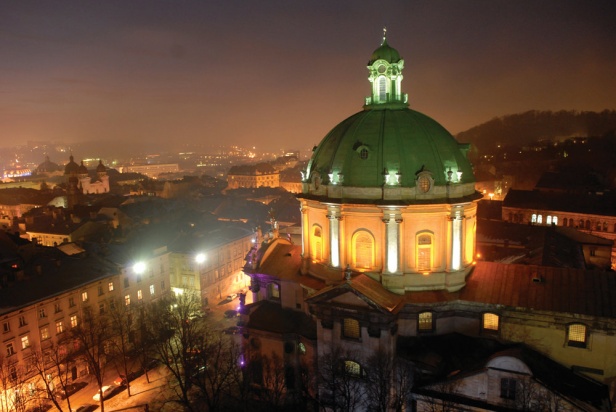 Arrival in Lviv airport. Transfer to Hotel Leopolis (World Travel Awards - the best hotel in Ukraine 2010 and 2011) in the middle of the city center. It is about 50 m to Makrt Square, about 5 minutes walk to jazz events.

A nice end to the evening will definitely be a dinner in that pub, where jam session is common and a pleasant atmosphere prevails. The newly opened and very popular place is located very close to Philharmonic Hall Lviv.

Lviv (German - Lemberg) is a cultural metropolis shaped by different eras and rulers and the largest city in the west of today's Ukraine. During a detailed city tour you will see its historic downtown with many UNESCO protected monuments such as City Hall, Jewish Quarter, Arsenal, Mary Dormition Church, Boim Chapel, House of Seasons, Armenian Church, etc.

Mike Russel, the famous American guitarist, plays accompanied by young Polish musicians. Russell has been playing soul, blues and jazz since the 1960-ies. He is the founder of Walter Forest Band, which worked with Andy Warhol in the 1970-ies.

with concert presentation Stanislav, where the perceptions about Ivano Frankivsk of various artists are connected. Among others, musicians Roman Ros, Yuri Zmorovych and Taras Kolomiets, writer Taras Prokhasko and VJ Group CUBE will perform.

Dinner at the best beer bar in Lviv, where beer will be on tap around the clock.

Today there are 3 optional options for your leisure:

Excursion to the nearby surroundings of Lviv, which will prepare you a pleasant change after a big city. As a sightseeing point, the castle town of Shovkva (Polish - Zolkiew) is in the program, which was created as an "ideal town" only at the end of the XVI century and continued to develop as an important cultural center of the Ukrainian, Polish and Jewish Renaissance. Last but not least, you will see a wooden church from the early XVIIIth century, still functioning as a place of worship, which has a peculiar iconostasis of the local school of icon painting and is currently also a candidate for UNESCO World Heritage Site. Return to Lviv followed by an experience gastronomy tour. Duration: approximately 7 hours

A real time travel that will take you back to the Soviet past of our city. You'll discover an everyday life that still seems communist: stroll by public transport through the Soviet-era "sleeping districts", cafes and bars, plus exciting and funny stories from your new English-speaking City Guide. You can't miss a Soviet-style pub crawl with food and drink in the process. Duration: approximately 5 hours

You'll take a fascinating tour of the exciting corners of the pre-war city - all accompanied by the delicious tasting Lviv beers. Right at the start, you'll meet an official from the Lviv Beer Service, who will also be your city guide. From the Market Square you will go to the district where the subculture of the Lviv Batiars (German - Raufbolde), which is close to the rogue circles, originated. You will visit some places connected with famous personalities as well as the former "Execution Hill". During this tour you can expect interesting everyday stories and jokes from the "dark side" of Lviv. You will visit, among others, the Beer Museum at the Lviv Brewery, several interesting pubs, where beer tasting is offered in every pub. At the end of the program you will receive special beer visas and beer passports unique in Ukraine. Duration: approx. 6 hours

Otherwise you could sleep in the hotel longer, use spa area, discover museums, galleries, pubs etc. on your own, just enjoy pre-Christmas atmosphere of the city centre by yourself - the choice is -as always- up to you.

A fresh mix of jazz, post-rock, drum'n'bass and ambience.

A project by Tomek Grochot, a premier Polish percussionist and percussionist, and Eddie Henderson, a famed American trumpet and flugelhorn player.

Eddie Henderson learned jazz standards from Luis Armstrong and Miles Davis. He played with Herbie Hankock and Elvin Jones. Tomek Grochot plays in a legendary Polish jazz-rock band " Laboratorium", participates in projects with Janusz Muniak and Jarek Smetana, and collaborates with such world stars as Nigel Kennedy, Kroke and Edyta Geppert, among others.

Transfer to the airport. Flight home

Last but not least: for those who would like to stay an extra day. In addition to our basic festival program, there will be a concert visit on Monday, December 10, 2012, for a very special occasion. On this day a famous jazz singer from Georgia - Nino Katamadze.

will perform at the Lviv Opera House.

- Half-day city tour on Saturday with the German-speaking guide 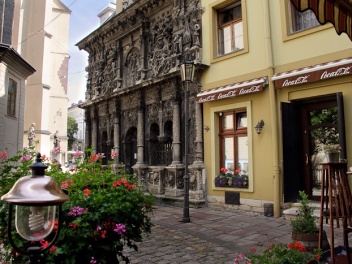 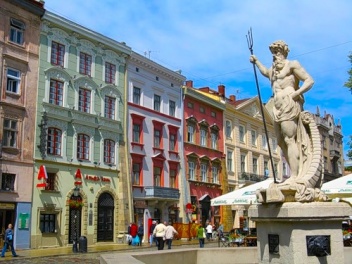 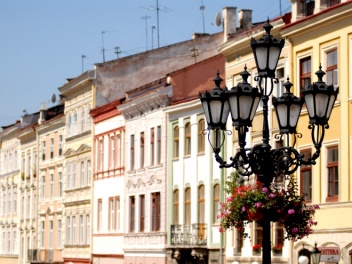 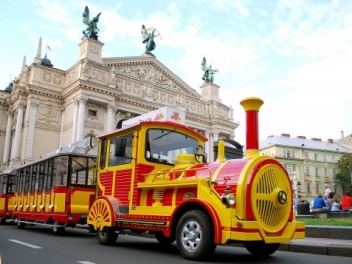