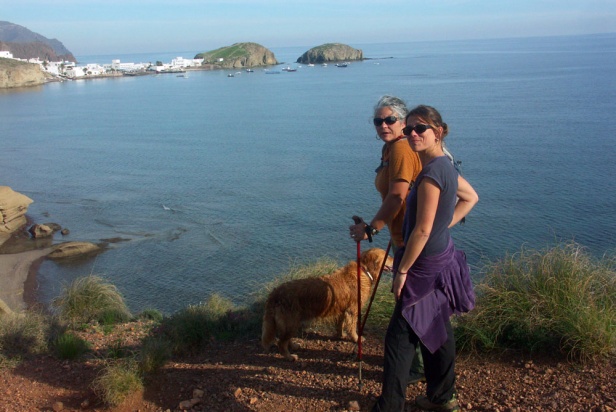 From the south - Excursions amp; Culture

Winter temperatures between 15 -20Cº and the sun of the only European semi-desert invite you to take a break from the dark Central European winter.

The Natural Park Cabo de Gata- Nijar in the east of Andalusia extends over an area of 45,000ha of an African-like coastal mountain landscape of volcanic origin with peaks up to 500m height. Bizarre cliffs and hidden small bays that can only be reached on foot or by boat are waiting to be discovered.

Protected as a biosphere reserve, coastal nature park and geopark, Cabo de Gata-Nijar has remained largely untouched by the development of the last 30 years, which has destroyed many a coastal strip on the Mediterranean. Due to the warm semi-desert climate, the vegetation phases shift to autumn to spring. You walk in fresh, tender green, which emerges "shyly" in the protection of rocks and wadi basins. In the middle of the Cabo de Gata-Nijar Natural Park, you will stay in the quiet beach village of San José on the Costa de Almería and explore the cliffs, cliffs and hidden coves with inviting beaches that you will reach on paths through wadis with interesting ecosystems and over the coastal mountains. As you stroll through the old towns of Granada, Almeria and Malaga, you will discover Andalusian cities and their cultural highlights, such as the UNESCO World Heritage Site of the Alhambra of Granada.

Our 8-11 or 15 day programs are for transfers to and from Malaga airport, changes on request :

2. From the South - Excursions amp; Culture

The Alhambra and Granada to start and during your stay in the beach village of San José, daily excursions to the most beautiful places of this African-like landscape with cacti, agaves and palm trees and the natural bays of the volcanic cliffs. Almeria and Malaga await you at the end of the trip.

After your arrival in Malaga, we will drive approx. 1:30h to Granada to our centrally located hotel.

We take advantage of the late afternoon to roam the Albaizin's Arabic-style neighborhoods and, in the evening light, enjoy the views from San Nicolas Square over the Alhambra and the snowy peaks of the Sierra Nevada. For dinner, we'll stop at a typical tapas bar to sample a variety of the region's specialties.

Day 2: Granada and the Alhambra

The morning is exclusively dedicated to the cultural highlight of Andalusia, the Alhambra. Along with the Mosque-Cathedral of Cordoba, the castle and palace city of the Alhambra is the most impressive legacy of over 800 years of Muslim rule of what was then known as "Al-Andalus", and its oriental, dollhouse-like decoration is reminiscent of the stories of 1001 Nights.

In the afternoon, we complete the city tour in the old town of Granada before continuing to San José in the natural park of Cabo de Gata for the evening, which is our location for the following 5 nights.

In San José you will stay at the "Hotel Agades", a small family run hotel about 300m from the beach, the hotel is family run and all rooms have en-suite bathrooms, satellite TV and heating/cooling via individual air-conditioning units.

The beach town of San José is centrally located in the coastal nature park of Cabo de Gata and is the ideal base for all excursions and walks in the region. The town has a small sports and fishing port, banks, shopping, restaurants, bars and pubs, as well as a tourist information office.

Day 3: The House of Volcanoes and the Gold Mines of Rodalquilar

The House of Volcanoes offers a good overview of Andalusia's nature reserves and European geoparks. Displays of mostly submarine volcanic activity make the geology and mineralogy of the region understandable and form the basis for traditional mining activity. Mainly lead, silver and alum were mined here, until in the 20th century under Franco the valley of Rodalquilar was seized by the gold rush.

Also in Rodalquilar is the Botanical Garden of the Nature Conservancy, which offers us the opportunity to gain a complete overview of the peculiarities of the local flora during a walk.

The valley of Rodalquilar is formed by a huge volcanic cauldron that ends at the beach "El Playazo", surrounded by bizarre cliffs of fossil dunes and is an ideal place to enjoy a leisurely lunch picnic. On our way back we stop in the fishing village La Isleta del Moro and visit a canon position San Felipe from the XII century. We reach San José.

The town of Nijar is the administrative seat of the municipality that covers most of the Natural Park. The old town is still reminiscent of the Berber villages in the Moroccan mountains only here the villages are whitened. Nijar is known for its asparto grass weaving, rustic pottery and flickerl carpets, which originate from the silk production tradition of Arab times.

Finally, on the way back to San José, we drive to the lighthouse Torre de los Lobos which offers us an impressive view over the largely untouched east coast of the natural park.

A day for panoramic views: the coast to the west of San Jose. The neighboring and natural bay "Genoveses" has a 1.5 km long sandy beach and a hinterland lined with opuntia cacti and agaves that in many an Italo-Western was a Mexican semi-desert. The next bay accessible by vehicle is the beach "Monsul" which is surrounded by steep cliffs of volcanic ash. From here we continue on a former coastal road, which is otherwise closed to traffic, to the viewpoint of "Vela Blanca" from where we can enjoy the complete panorama of the west coast of the Natural Park and a little later at the actual cape of Cabo de Gata over the Gulf of Almeria. We reach the salt flats of Cabo de Gata which are one of the few breeding areas of flamingos in Europe and where industrial salt production lives in amazing harmony with bird conservation. After a pick nick at the salt flats, we'll take a break in the village of Cabo de Gata before heading back to San Jose for a more in-depth look at the details and features of the region at the Nature Parks Visitor Center.

Day 6: AlmerIa (The last three days are the same in the programs 1. hiking and 2. excursions.)

Almeria was part of the Sultanate of Granada and therefore belongs to the areas that were under Moorish rule for the longest time. As a legacy of this time still stands the "Alcazaba", a mighty castle complex which was later expanded under the Christians

and which houses no palaces like the Alhambra but offers an impressive view over the Gulf of Almeria, the port and the city. As we make our way through the old town, we pass the city's quirky late-Gothic fortified cathedral, wander through the old town's traditional shopping district and visit an olive oil museum. Optionally there is the possibility instead to get to know the stylishly restored Arabic bath "Hammam - Aire de Almeria" and enjoy a sensual tradition of over 1000 years and rejoin the group at noon.

At noon we stop at a typical tapas bar for a variety of local specialties.

Day 7: Malaga (The last two days are the same on all programs)

You arrive in Malaga in the late morning and have the whole day to explore the bustling city center. Our hotel is close to the cathedral and the Picasso Museum, we recommend using the afternoon to visit the Picasso Museum or Picasso's birthplace, where the Picasso Foundation exhibits various collections.

(F) Overnight in the center of Malaga, Hotel Carlos V

Day 8: Transfer to the airport

for groups of 4 or more on request

2. From the South - Excursions amp; Culture

As we guarantee the implementation of the programs already from 4 people we are forced in the case of not reaching at least 6 participants for the transfer from San José to Malaga to organize the transport using public transport.

Our hotel in Malaga is centrally located, close to the cathedral and the Picasso Museum, so that you can explore the center on your own.

Depending on the flight time you will be picked up by a taxi at the hotel.

You will stay in San José in a small, family-run hostal with spacious rooms. In Granada you are accommodated in a centrally located 3-star city hotel (national category). The catering consists of simple, typical dishes.The tour will not take place if: the minimum number of participants is not reached at least 14 days before the agreed start of the tour. If the tour operator withdraws from the tour, the customer will be refunded any payments made on the tour price without delay. The legal termination options due to force majeure in accordance with § 651 j BGB is pointed out Alternative: Implementation with small group surcharge or rebooking on another tour of enruta.eu.. 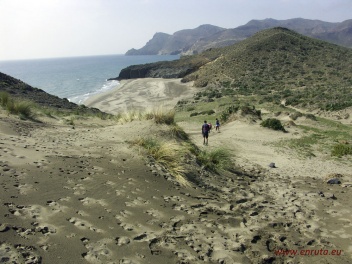 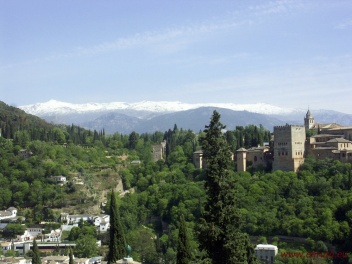 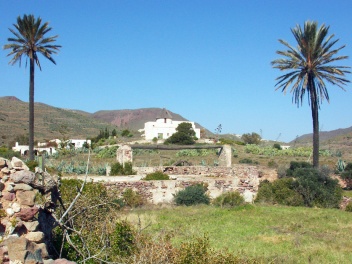 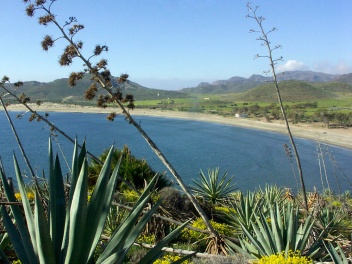 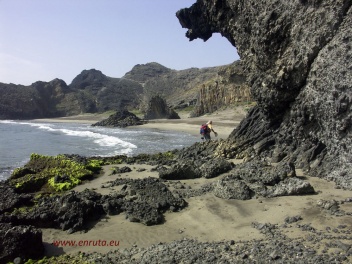 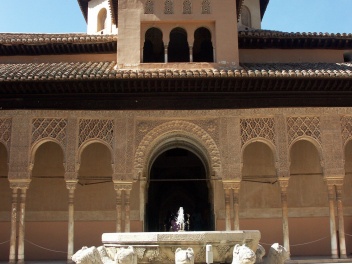