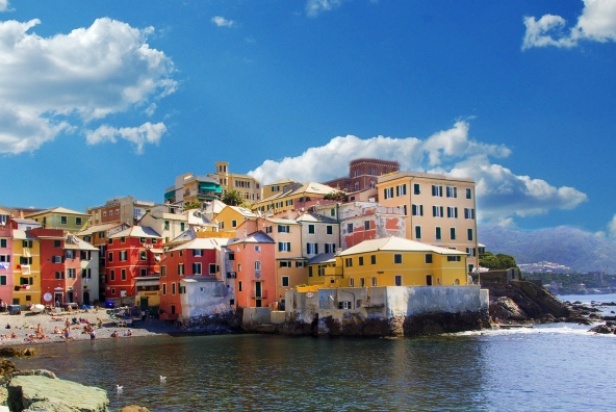 During the approx. 2-hour city tour, we will show you the port "Porto Antico", which is characteristic of Genoa, the lively old town with its historical streets and romantic squares. We visit the cathedral "San Lorenzo", pass the house where Christopher Columbus was born and walk between magnificent palaces on the boulevard "Via Garibaldi"
The meeting point and starting point for this tour is usually the aquarium, which is located at the port area "Porto Antico" and is easy to reach.
Our first destination is the historic port of Genoa, which was completely restructured and culturally upgraded in 1992 by the Genoese star architect Renzo Piano as part of the Columbus celebration.
In the heart of Porto Antico you will find the famous sea aquarium "Acquario Genova", the modern sail and lift construction "Bigo" and the tropical glass ball "La Bolla", all of which were designed by Renzo Piano.
We explore a piece of the impressive labyrinth of narrow streets ("Caruggi" or "Vicoli") of the historic old town of Genoa - the so-called "Centro Storico". We take a leisurely stroll along the pedestrian zone "Via San Lorenzo" and come to the most important church in Genoa, the Romanesque-Gothic cathedral.
At the end of Via San Lorenzo we pass the Doge's Palace "Palazzo Ducale", the former seat of government of the city. The imposing building has a classicist facade from the 19th century. Today, numerous exhibitions and cultural events take place in the palace.
The pompous boulevard "Via Garibaldi" is also known as the new street "Strada nuova". It is lined with impressive multi-storey palaces from the 16th and 17th centuries, which mainly bear the names of once wealthy families of Genoese origin: Spinola, Pallavicino, Doria, ... See the magnificent residential buildings "Palazzi dei Rolli", which are a UNESCO World Heritage Sites and were originally used by the Republic of Genoa to house nobles and authorities.
The Genoa city tour ends here according to plan, unless you have made any further requests, you will return to the starting point together. On request, we can also introduce you to the museums of Strada Nuova and you can then continue a museum visit on your own. 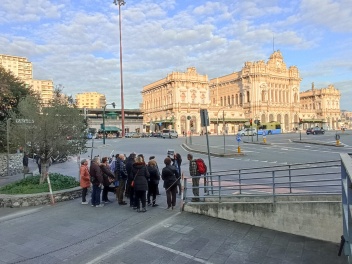 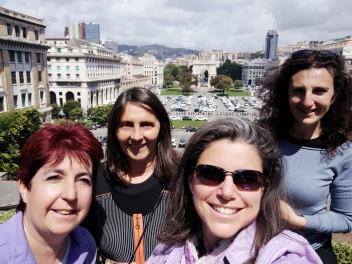 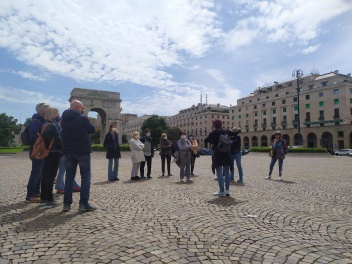 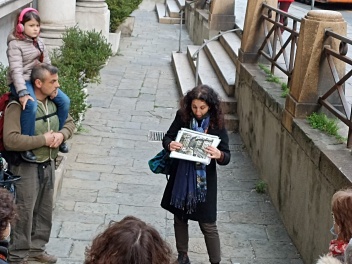