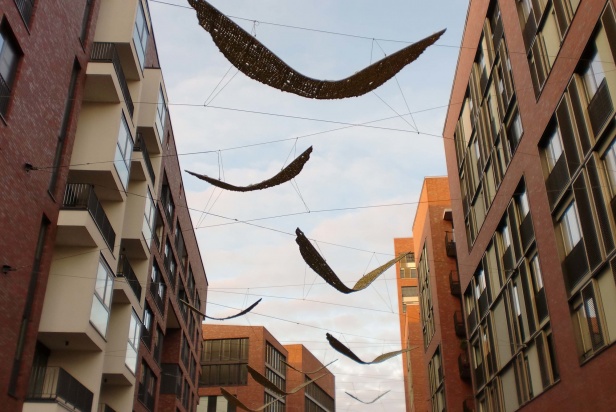 We will see how two completely different places grow together: the historic Speicherstadt, the largest connected warehouse complex in the world and the Hafencity, a brand new district with modern architecture, a pearl of urban planning.

We start with an unforgettable view over Hamburg's harbour with stories about the history of the port, where is the Rickmer Rickmers, a cargo sailing ship that is now a museum and where did the Cap San Diego go during its time as a general cargo freighter?
The harbour panorama includes Dock Elbe 17, the popular musical theatre The Lion King and the brand new theatre where The Miracle of Bern has been playing since November 2014.
..past the old harbour police, now a film star, we walk across many a bridge towards the coffee roasting plant, where we enter and where you can watch the master roasters at work. Here we are enchanted by the smell of fresh coffee.

Just next door you will find the world's largest model railway, Miniatur Wunderland.
At the Kesselhaus, the former energy centre of the Speicherstadt, where a model of Hamburg's inner city and harbour area is on display, HafenCity and Speicherstadt are explained. Everything that has been built so far in Hafencity and what is still in planning.

From here we will go directly into the Hafencity.
The Traditionsschiffhafen welcomes us with its historic ships and the Magellan Terraces invite you to linger. From here we have a magnificent view of our new Hamburg landmark - the Elbphilharmonie - which has been under construction since April 2007 and will be ready in 2017 to make a splash as a concert hall in HafenCity.

At Magdeburger Hafen, where the Greenpeace European headquarters are located, we learn more about the legend of Klaus Störtebeker and his privateers at a statue. With a shudder we hear that the pirates were beheaded right here...

At the cruise terminal, where great cruiseliners moor, such as the AIDA ships, TUI Mein Schiff and also the Queen Mary 2, which with a length of 345.03 m is one of the largest passenger ships in the world, the tour ends.

Maybe one of these ships is also at anchor when our tour docks?

Run public tour in German, daily 3.30 pm. Other languages on request.Meeting point: Underground station Baumwall Exit Hafencity/Speicherstadt/Kehrwiederspitzedirectly at the Kiosk-Backshop/under the tracksThe price per person is 25,00 EURChildren and youths up to 14 years 12,50 EUR