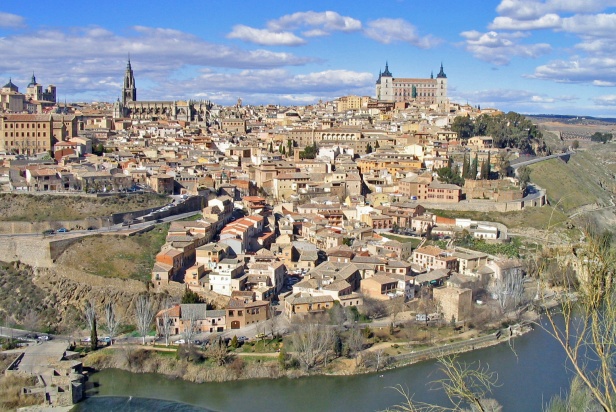 Toledo is a museum-city of great artistic beauty and one of the oldest and most monumental cities in Spain.Toledo keeps magnificent examples of architecture from different times,which makes it one of the leading artistic cities of Spain and declared by Unesco World Heritage Site Founded on a hilltop overlooking the Tagus river 2000 years ago, It was a Roman municipium, the capìtal of the Visigothic Kingdom, a fortress of the Emirate of Cordoba, and, in the Middle Ages, the time of its splendour, it was named “The City of the 3 Cultures”because Christian, Muslim and Jewish cultures were living together in Toledo.You can still admire the remains of churches, mosques and sinagogues built during this time.

In the 16th century Toledo became again the capital of Spain under the Emperor Charles V and the famous painter El Greco moved to Toledo and painted here his masterpieces which still can be seen ( Great exhibitions about El Greco are going on in the city this year 2014 on the occassion of the fourth Centenary of his death).

I am a licensed guide of the monuments in Toledo .

Itinerary: First of all we'll enjoy a sightseeing tour to see the wonderfull views of the old town located on a hilltop and surrounded by the Tagus river. Then, we'll get into the old town to feel the medieval atmosphere of the city and we'll start a nice walk through ancient narrow streets to visit its highlights such asThe Cathedral(one of the largest and richest Cathedrals in Christendom), Santo Tomé Church( “The burial of the Count of Orgaz” the masterpiece by El Greco) and Santa Maria La Blanca Sinagogue located in the ancient jewish quarter of Toledo.We will also admire its famous handicraft works: the Damasquinado(precious metals incrusted on steel making beautiful jewelry)and its famous swords.

These are the highlights, but In case you are interested in visiting another monuments or museums(the House of El Greco, Santa Cruz Museum, El Tránsito Sinagogue, El Cristo de la Luz Mosque, San Juan de los Reyes...)I'll be very happy to show them to you as well.


My fee as your licensed tour guide to Madrid. 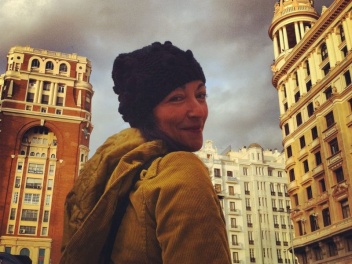 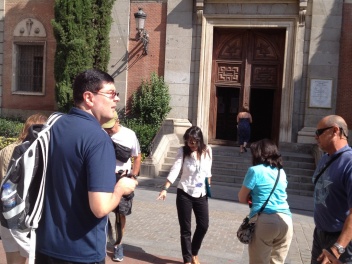 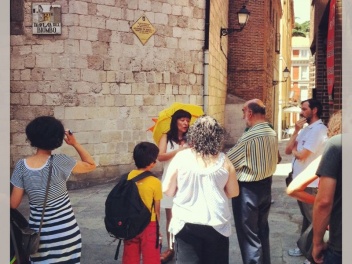 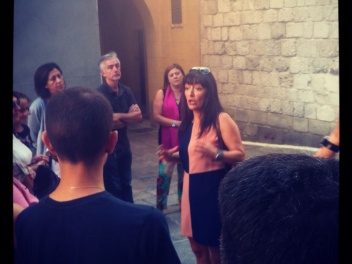 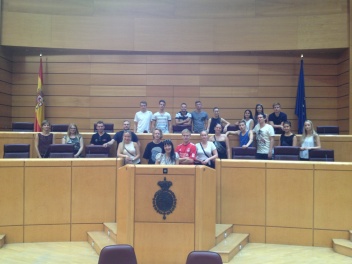