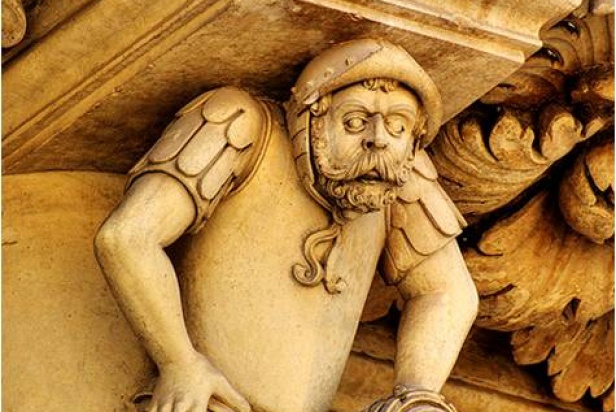 A tour in the city center of Lecce (called the Southern Florence for its wonderfull architecture) to discover why it has been included by Lonely Planet in the top ten of the cities to visit.
The guided visit will be a tour trought the history of Lecce and its symbols (churches, monasteries, palaces, squares, castle): from the Roman domination (when it was called Lupiae) to the Barocco style.
Depending on the availlable time the city tour will include the most important monuments: Sant’Oronzo square, Roman Anphitheatre, Roman Theatre, Celestini Palace, Basilica of Santa Croce with its wonderfull barocco facade, the stunning Duomo square (one of the few “closed” square of Italy), Adorno Palace, Carafa Palace, the Charles V Castle, some other interesting churches (S. Irene, S. Matteo, S. Chiara, S. Anna and the conservatory, the Greek, etc.), the ancient city doors (Rudiae, Napoli, S. Biagio).

During the tour we can stop to visit an artesan workshop (Lecce’s calcareous stones sculpture, papier-mache, etc.) or to taste a tipycal “fast food” of Lecce (from the salty Rustico to the sweet Pasticciotto or an ice-cream).

Some idea for changes to the itinerary
It’s also possible to extend the tour with a lunch / dinner in a tipycal restaurant, a cooking lesson, a wine or tipycal product tasting, a visit to some other attraction inside or outside the city center.

I can't be considered 100% wheelchair friendly but, except for some stairs of historic palace or church, it can be done using a wheelchair on the old streets of the historic city center.