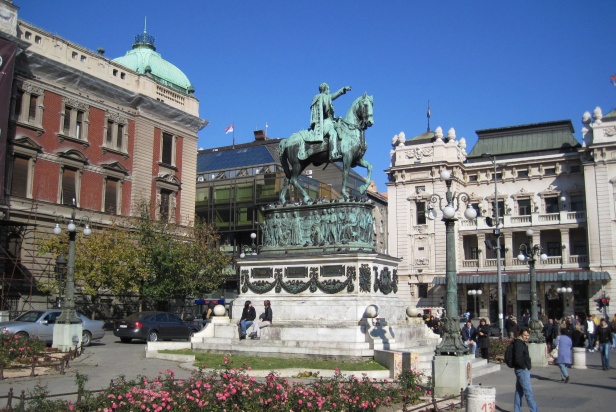 Belgrade historical center, a place where it all began, a place where the history of the continent was created, a place settled continuously for 7000 years.
Scythians and Thracians were here first, at the confluence of two great rivers - Sava and Danube. After them, Scordiscs - Celtic tribe occupied the settlement and gave it its first name - SINGIDUN - the round fort. Later on, it was captured by Romans, Huns, Sarmatians, Eastern Goths, Gepidaes, Avars, Slavs, Byzantines, Bulgarians, Hungarians, Serbs, Ottomans, Austrians, Germans....
Slavs named it "The White City", in Serbian - BEOGRAD - the name it has today.
100 battles were fought over it. 40 times, it was destroyed. Every time, reborn from the flames like a phoenix.